Foods to Fend Off Macular Degeneration and Cataracts 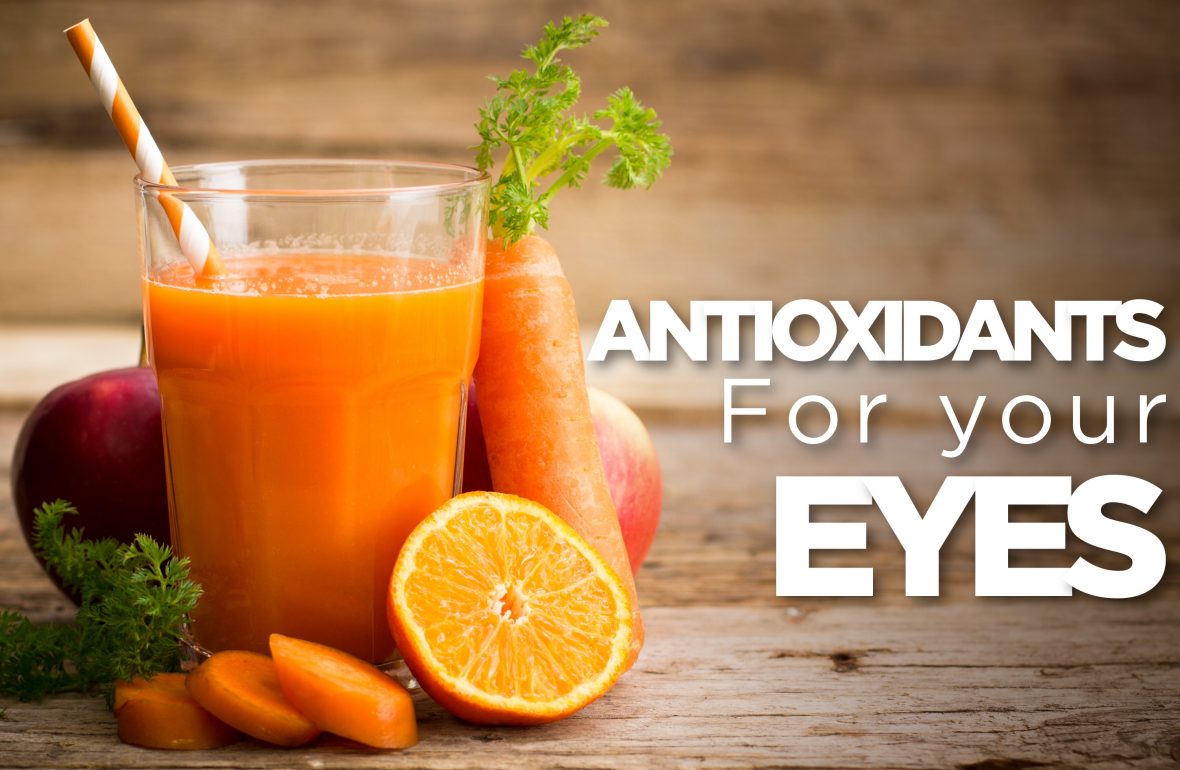 11 million people suffer from age-related macular degeneration (AMD), an eye condition that can cause blurry vision or lead to a total loss of central vision. According to the American Macular Degeneration Foundation, AMD is the leading cause of vision loss in adults over 55 years old.

Cataracts is another common eye condition that, like AMD, affects the lens of the eye. The lens becomes cloudy and can cause your vision to become blurry, or colors can appear more muted or dull. Cataracts can also cause impaired night vision and sensitivity to light. This is another age-related eye issue and while it is possible to restore your vision through cataract surgery, there are things you can do to slow down or prevent their development.

Lutein and zeaxanthin are two antioxidants—called carotenoids—that can help reduce your risk of AMD and cataracts. These two nutrients exist naturally within the eye, however, they deplete over time. Therefore, it’s vital to boost your lutein and zeaxanthin levels in other ways to ensure the health of your eyes.

Lutein is a yellow-colored nutrient found in the retina, the part of the eye responsible for receiving light, converting it into neurological signals that are transported to the brain and converted into visual images.

Not all light, however, is well-received by the retina. Blue and ultraviolet light, for instance, can be very damaging to the retina.

Lutein filters blue light before it can cause damage to the eye, namely to the macula, the thin layer of tissue found in the center of the retina. The macula is, quite literally, yellow in color, and according to the article on All About Vision, Lutein and zeaxanthin: Eye and vision benefits, “The macula is also called the ‘macula lutea’ (from the Latin macula, meaning ‘spot,’ and lutea, meaning ‘yellow’).”

You’re born with a certain quantity of lutein, however, your body has a finite amount. It’s not able to produce more on its own. That’s why it’s important to either take a lutein supplement or make sure you’re getting your daily dose via the foods you eat.

Like lutein, you’re born with a specific, finite amount of zeaxanthin.

Zeaxanthin also protects the eyes from harmful blue light. It’s an orange pigmented antioxidant that also resides in the macula of the retina. Zeaxanthin works by preventing free radicals, unstable molecules within the body that attack and kill cells, from causing damage to the eye.

In addition to filtering blue light, zeaxanthin also helps you discern between objects that are close-up or far away. It improves night vision by helping reduce the glare of oncoming headlights and can help improve light sensitivity, in general. Zeaxanthin does so by filtering the light that enters the eye as soon as you’re exposed to bright light, making for a smoother transition when going from, say, your house to outside in the bright sunlight.

Lutein and zeaxanthin in foods

Despite being born with a limited amount of lutein and zeaxanthin, it’s possible to increase your levels. This is especially important as you age, when the nutrient stores start to decline. Luckily, both nutrients are found in a wide array of foods, mostly fruits and vegetables.

Foods high in lutein include:

Foods high in zeaxanthin include:

There are also several foods that contain high levels of both, such as:

How much is enough?

As more has been learned about lutein and zeaxanthin for eye health, both have been added to many multi-vitamin supplements, which is another option toward ensuring you get your recommended daily dose.

Whenever taking a vitamin supplement, it’s important to make sure the ingredients come from top-quality sources and the supplement comes from a reputable company.

If you are someone who strives to get all your necessary nutrients from the food you eat, studies have shown that 6-10 milligrams of lutein per day and 2 milligrams of zeaxanthin per day are sufficient to slow the formation of age-related macular degeneration. In fact, an additional study found that people with high levels of the two nutrients in their blood were 57% less likely to develop AMD.

Getting enough of these nutrients from diet alone is easily done. One cup of cooked kale contains 23.8 milligrams of lutein and zeaxanthin and one cup of cooked spinach has 20.4 milligrams. That’s well over the recommended daily allowance (RDA).

Lutein and zeaxanthin are both extremely safe with no known side effects. Ensuring you consume enough, whether through diet or by taking a vitamin supplement containing the two antioxidants, will reduce your risk of developing age-related eye issues age-related macular degeneration and cataracts.

Written by Michael Healy
Michael is a writer, consultant, editor, and educator with advanced degrees in health science, education, and educational policy and public administration.

Can Your Heart Affect Your Eyes? The Cardiovascular Link to Eye Health