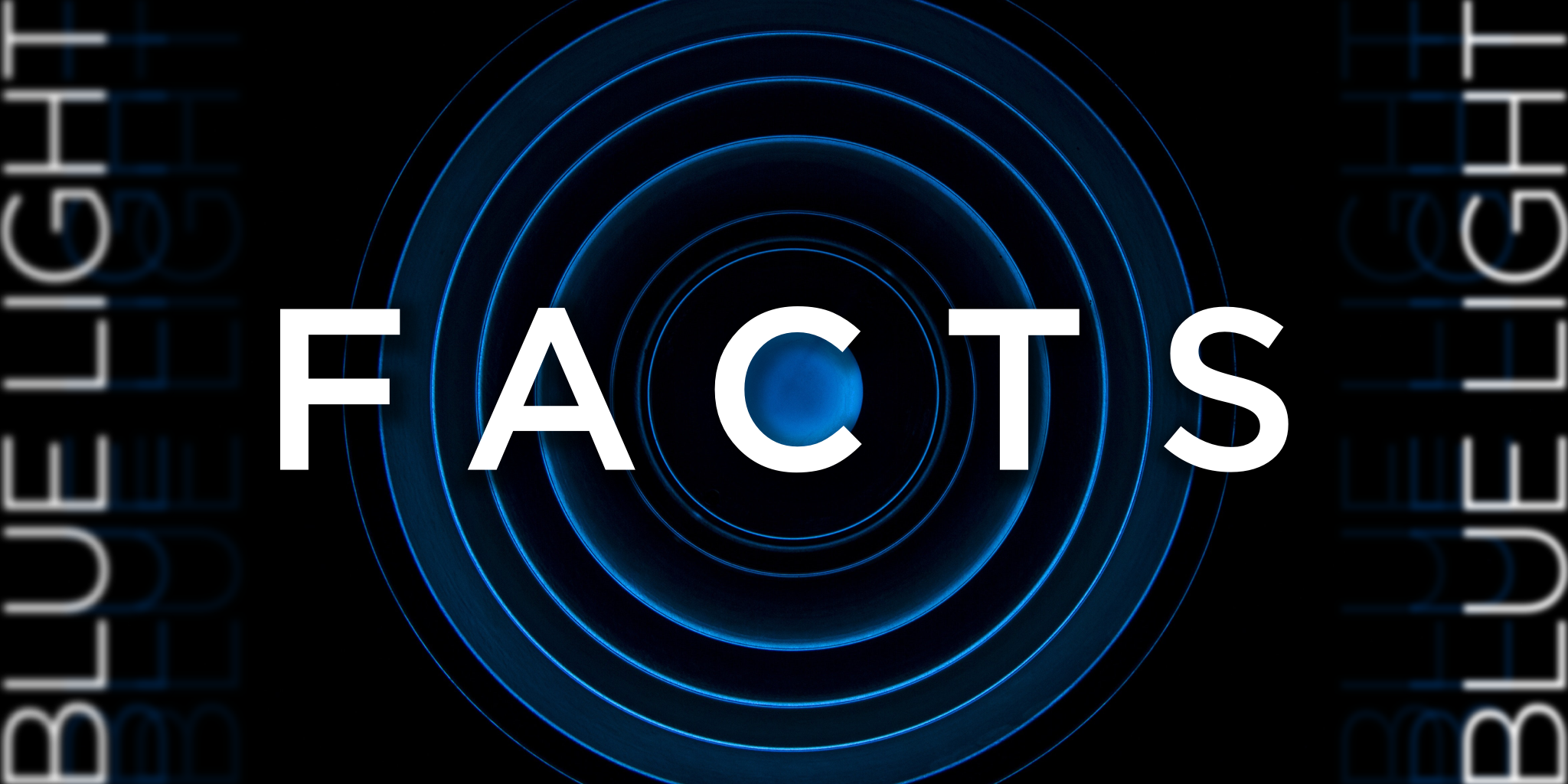 There appears to be a growing interest in “blue light.” As you see in the Google Trends graph below, search volume for the term has climbed steadily for years.

You can see a correlation between ownership of digital devices and a curiosity about blue light.

According to a Nielsen audience report, the average adult spends more than 10 hours a day on digital devices, self-luminous devices that cast light directly toward your eyes.

What is blue light?

Why is it it a problem? Because you spend an enormous amount of time absorbing blue light. Chances are you don’t spend over ten hours a day in the direct sunlight. If you did, you’d probably protect your eyes by wearing sunglasses, right?

With digital devices making their way into your home, work and learning spaces, it’s become critical to learn how to protect your eyes.

Blue light can keep you up at night

To be clear, all blue light is not bad, nor should you have to eliminate all exposure to it. In fact, we need blue light to maintain our circadian rhythm. The biological clock you have inside you is responsible for preparing your mind and body for “awake” and “sleep” transitions throughout the day. All visible light plays a part in maintaining your circadian rhythm.

However, blue light has the most impact.

The normal average of unnoticed awakenings is 4.5. The study’s participants felt more tired and in a worse mood compared to those that didn’t experience blue light exposure before sleep.

The most startling discovery is blue light effects your melatonin levels. Melatonin is a hormone released into your body as less intense light passes through your eyes, which typically occurs during late evening hours.

As melatonin’s released by your brain, various bodily systems begin the transition to sleep. Blue light tampers with the circadian rhythm responsible, in part, for the proper release of melatonin, which in turn appears to be responsible for your quality of sleep.

A 2012 study by the Light Research Center revealed just two hours of exposure to digital devices before sleeping reduced melatonin levels in adults by approximately 23%. A follow-up study in 2015 showed it only took a single hour of exposure for adolescents to see a 23% drop in melatonin levels and a 38% decline after two hours.

Collectively, the data warns of the danger of overexposure to harmful blue light, particularly during late evening hours.

How can you protect your eyes from blue light?

There are two ways to approach blue light filtering:

Manufacturers like Apple, Samsung and Microsoft now offer a blue light filter in their mobile and desktop operating systems. They are quite basic, but are a good start. F.lux—which is free software—provides much greater control over the amount of blue light being filtered and when it gets filtered.

I don’t recommended you have the filter on all day. Blue light during daylight hours is fine. F.lux automatically adjusts the blue light filtering based on the time of day, but you can manually turn “night mode” on.

You can also order your prescription glasses with coatings to filter 50% or more of harmful blue light. Crizal Prevencia is a premium anti-reflective coating available through EZContacts. Blocking 20% of specifically targeted (415-455nm) blue light, Crizal Prevencia is a great choice for you if you’re using digital devices late at night.

Digital devices aren’t going anywhere. However, it’s possible we may discover that blue light is more harmful than we currently understand.  Being proactive and protecting your eyes before you feel the negative effects could make you feel better, inside and out.

Written by Oliver Torres
Oliver is an ABO Certified Optician and has been working in the eye care industry for over 15 years. His books, videos and articles touch on various subjects, such as eye care, good tech habits, motivation and leadership. Oliver is the founder of Eye Influence.